So for those of you who haven’t read it, last week I wrote a review of the nine episodes to date of Game of Thrones season 5. If comparing it to a cancer wasn’t clear, I’ve not been a very big fan of these nine episodes. But what did I think of the tenth? Did it cause me to change any of my assertions from last week? Well, let’s start with the episode.

Below there are spoilers, for both book and show. You’ve been warned. 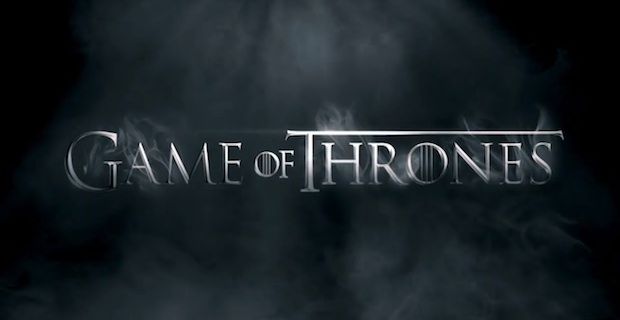 In the fiftieth episode of Game of Thrones, we picked up with the most disappointing man in the seven kingdoms, Stannis Baratheon. After burning his daughter alive last week, the sun has come out and paved his way toward Winterfell. Unfortunately, half his men deserted him after his late afternoon bonfire. On top of that, his wife has hung herself, so I guess it’s not all bad for ol’ Stannis. But the downers keep coming as his fanatical priestess joins the abandoners. Yet, Stannis decides they will still march for Winterfell.

However, he’s routed by the calvary of House Bolton. While his demise likely gives some satisfaction to the Brienne of Tarth fans, it comes at the cost of a character who paid for the sins the show forced him to commit. Of all the quarrels I had last week, the one with Stannis’s story was the one that bothered me most because the character was not one who required change nor was his quest so extravagant that the show could not afford either the budget or screen time. Like Mance Rayder before him, Stannis is given as fitting an ending to his character as the show could permit, but it still does not forgive his early demise.

From the moors of Winterfell, Sansa watches in horror along with the viewers. After lighting a candle to signal for help (help which ran off to do some busy work), the eldest Stark daughter looks for a way out of the city. After she’s confronted by Ramsay’s partner in crime, her fate only changes thanks to an intervening Reek, who murders the Ramsay loyalist by dumping her over the rail down to the cold pavement. Realizing they are now in this together, Theon and Sansa jump from the walls of Winterfell out into the snow.

After a season that went from speeches of not being a victim of circumstance to once again being a victim of circumstance, Sansa takes a leap of faith along with Theon for some new hope. I don’t find as much optimism in this as I might have should Stannis been allowed to establish siege lines, but there is some hope hidden away in an episode this season. If you’ll recall, the acting Lord of the Vale has been given permission by both the Throne and the Bolton’s to march his army on Winterfell, though their reasons differ. And if casting rumors are true, there may be some Kraken’s still present in the north, looking to take things in a new direction. However neither of those things are known to Theon or Sansa, which on some level makes their leap even more inspiring. There is no hope out there, but they know what is left for them in Winterfell. Let’s just hope this hunt goes better than the last time Theon fled from Ramsay.

To the south of Westeros, the quagmire known as Dorne finally causes some movement that matters beyond the sands of Sunspear. Ellaria’s betrayal not only puts Doran and his heir Trystane in a rough spot, but leaves our beloved Kingslayer left in limbo, even with him not knowing what has occurred in the capital. Unfortunately, we still know so little of Doran and his bastard nieces that it’s difficult to be excited about a return to Dorne next season. More talks in extravagant sets and locations between eight people in an otherwise populated country. What makes King’s Landing feel real isn’t the Tower of the Hand or the small council meetings, it’s Flea Bottom. It’s the extras. Dorne’s given us nothing like this. And to make matters worse, I don’t believe it will be ending well for Jaime.

Speaking of the capital, one of the major bright spots to this episode and to the season as a whole was Cersei Lannister. It was no secret to book readers how this storyline would play out, but seeing her brutal walk to the Red Keep was perhaps the pinnacle of season 5, standing high and relatively alone with Hardhome. While insults and excrement were flung at the disrobed Queen Regent, her eyes stayed focus on the Red Keep, on seeing her son. And once she completes the long and painful hike, she finds there is more than a red cloak waiting for her. Qyburn, the disgraced Maester who was once saved by Robb Stark’s wife and later saved Jaime Lannister’s arm, presented her grace with a season long gift of a new Kingsguard member who may certainly come in handy if her trial becomes one by combat. If Cersei’s look gives any foreshadowing, she’s not likely to forgive and has never forgotten.

Across the Narrow Sea, Arya learns a terrible lesson and absolves some of the problems I had with the Faceless Men last week. As I had hoped, Jaqen H’ghar is a face. The one who helped Arya is no one. The one who trained her is no one. If she truly wishes to be no one, it comes not with her face (which will be a detriment to the show, since Maisie Williams is one of their best). It also shines out as an example to those who say you cannot be as slow or detailed as the books. While it isn’t a word for word translation, the general trajectory of Arya’s season 5 storyline follows book 4 without dipping into book 5. It’s a slow burning, character driven storyline and one of the best for a season of low points.

Further east, Tyrion, Daario, and Jorah try to figure out how to govern Mereen and summon a dragon back from the skies, but can’t agree which is easier. They split up, leaving Tyrion with Grey Worm and Missandei to govern the city while Jorah and Daario set out to find their departed queen. Of the former, one can’t help but be excited at the idea of Tyrion once again being in a position of power. The late inclusion Varys to the mix adds nostalgia, though I wonder what his absence in his book storyline will bring.

Far beyond the city walls, Dany finds herself with a lazy and wounded Drogon. Impatient as she is, Dany wanders far away from her dragon (she’s clearly never played cyvasse with Tyrion) and is quickly surrounded by a khalassar. I get the sense by her leaving a clue behind, she’ll be taken prisoner by her former comrades. The book leaves a similar cliff-hanger, however it’s image of her feasting on a roast horse with Drogon might have the literary Dothraki singing a different tune. At the core though, her disemboweled storyline wouldn’t make sense if they left it with that anyhow. Making it a redemption storyline for Jorah buys her some more time and potentially derails a popular fan theory of Dany becoming a villain, but as with Stannis, Mance, Doran, Jaime, Tyrion, and essentially the season as a whole, it is inside the shades of gray we learn the important details of a character and invest ourselves. One cannot be a hero and rule with fire and blood. Show Dany doesn’t seem like she’ll be forced to learn this lesson.

Finally, Jon Snow fell for the red herring we all did this past week. A leaked “previously on Game of Thrones” clip put so many on edge for information Benjen Stark (arguably the largest mystery in A Song of Ice and Fire). His brothers of the Watch cornered and Julius Caesar’d his ass, but the real question is why. The easy answer is bigotry and revenge, as it’s rightly pointed out earlier in the season that thousands of years of war aren’t quickly forgiven. Additionally, word does return to Castle Black that Stannis has failed, but that matters little in the show since Jon provided no assistance to Stannis.

Jon’s fall is presented as one of a leader ahead of his time who could not convince his subordinates of a new direction and was ultimately too proud to recognize the danger around him. “Traitor” is the sign they post once their Lord Commander is in a dark corner, but it’s not the accused who ought be looking into a mirror. Ser Allister Throne drives a knife into Jon and says, “for the Watch.” For his brothers who died and those Thorne feels Jon is dishonoring by permitting the Wildlings to come through the Wall. Is that worth committing mutiny, especially considering those Wildlings are already through the Wall and swore themselves to Jon, not the Watch? It seems a steep price to pay for an old hatred.

For a more in depth analysis, I strongly urge any book readers to read Adam Feldman’s The Mereenese Blot, but the main point I’d like to withdraw is that the Watch must murder Jon in this moment if they are to survive as an organization. A major part to Jon’s story in season 1 is whether or not Jon thinks he can keep his vows. His father has been executed and his brother rides for war, but the Watch plays no part in the wars of the seven kingdoms, as Maester Aemon would certainly tell you. Currently, the North is held by the Bolton’s and any political movements could be seen as a direct violation of their authority. If Jon were to commit such actions, the Bolton’s would be well within their legal right to sack Castle Black in retaliation. Not including Jon’s advice to Stannis never puts the show characters in danger of this.

Additionally, Jon never actually commits treasonous actions in the show. Letting refugees past the Wall is by no means a political action so any assault by the Bolton’s would cause riots in the North anyway. Therefore, Jon’s betrayal can only really be attributed to bigotry. All it would take is two scenes with Stannis where he gives him advice on the terrain (or those who occupy it and perhaps how to convince them to join him) before the higher members of the Watch and maybe one letter from Ramsay to push Jon over the edge. Without any declaration or intent from Jon to actually violate his vows, his brothers are nothing more than murderers and oath breakers themselves.

In the book, Jon decides he must ride on Winterfell. He tries to diffuse a situation (a potentially orchestrated one) and his brothers stab him in public before he can do something that puts them and their organizational duty in danger. Jon picks family over duty and is stabbed because of it. If the Wildlings come down on the Watch, that is still not as bad as an institutional declaration of war on the Bolton’s domain. Eastwatch by the Sea won’t be sacked because Jon Snow was stabbed, nor would the Shadow Tower. But if Jon leads brother’s in black on Winterfell, the Bolton’s will clear the Wall clean of crows. They kill Jon (with tears in their eyes) for the Watch.

But I don’t think I can really be surprised. It’s the culmination of a season full of actions without intent, or with cheap one-lined intent. As season 6 is just now being inseminated into the womb of HBO, what will nine months of contractions and formula yield for our surviving characters? Well, I need some time to digest and think about that.