Posted on September 13, 2012 by omaraeverytime

I don’t remember the exact day that I got my NES, which should give you a hint as to how young I was.

The story goes: my Dad bought me a Nintendo Entertainment System for a birthday gift; I was so immediately addicted that it scared my Mom. I’m sure my eyes bugged out of my head and my jaw hit the ground. I might have even learned how to say, “Oh, FUCK THAT!” the first time Lakitu dropped a Spiny Egg on Mario (yeah.. keep riding on that cloud you cowardly fuck). She took the NES away from me and I honestly forgot that it had it (for some reason).

I do remember the day that my Mom opened the hallway closet, a door that I opened many times before, reached far past the winter jackets and lifted out a box that read Nintendo Entertainment System. I think I held it over my head in triumph, the Zelda treasure chest music playing as I proceeded to urinate in my Teenage Mutant Ninja Turtles pajamas.

All I had was the Super Mario Bros./Duckhunt split cartridge, but it was more than enough. From the second I placed that gray cart into the slot, pressed it down into place, closed the cover, pressed that power button and hit start, that was the exact moment that my life changed. This is no exaggeration- I am now 27 and still live for video games. They are such a huge part of my life and I have such respect for anyone who creates games or shares the same level of love that I have. Honestly, if you say the words Super Mario, who doesn’t immediately hear the legendary song from World 1-1. If they don’t know what that is, harass them about their Bieber haircut and shoot them with the Nintendo Zapper- maybe that damn dog will laugh at them too.

Laugh it up, fuzzball

Right off the bat, Super Mario Bros grabs you by the tip of your mushroom and shoves it straight into a warp pipe. There is a damn walking mushroom that wants to kill you! Yes, I am fully aware they are Goombas, but it’s a walking mushroom that is so potent he kills our overall-wearing hero instantly! And who can say that they weren’t amazed the first time they played the underwater level. I  am certain that I sprouted my first erection. 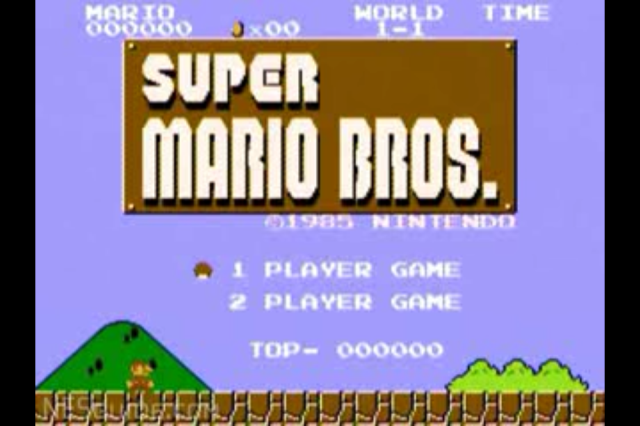 Anyways, the main point of the game is to get Princess Toadstool back from that bastard Bowser. Mario will run, jump, swim and power-up all across the Mushroom Kingdom to get his girl back. Once you reach one of Bowser’s many castles (where does he get the money for all of these?), you make your way over pits of fire and spinning flame wands, until you come face-to-face with that ugly sonofabitch. After pelting him with fireballs or dropping him into his own fire pit, you reach one of the loyal guards of Princess Toadstool, known as Toad. After everything you’ve done, all he has for you is the now infamous phrase, “Thank you Mario! But our princess is in another castle”. This game is an absolute classic- it defined what a platformer should be.

What can I say about Duck Hunt? You have an orange (or grey, depending on how early you purchased your NES) Zapper and you get to blast ducks out of the air. Based on the odd zig-zag pattern they fly in, I can only assume they’ve been drinking or partaking in psychedelics; no duck should fly like that. Also, the entire world is well aware that you’re trying to kill this mallard. I know this because when you fail to make that bastard do a 720 nose dive, the world congratulates the duck on his escape from death and offers him a beautiful sunset to “Fly Away” into… bastards.

I hope you fly into a turbine engine, dick

I still have my NES and it is still in perfect working condition. I plan on passing it down to my children some day and show them all the great games that I grew up on from 1985 and on, since I fully believe that I was born at the perfect time. It’s a period that I like to call The Golden Age of Gaming. But we’ll save that for a different article.

Like this article? Fucking hate it? Let Mike know in the comments section!

2 Responses to NES – the Beginning